In “Outliers,” Gladwell investigates the elements that contributed to the success of famous people and groups, from the Beatles to Bill Gates. He contends that hard work and natural talent are necessary, but not sufficient, for success.

In this Outliers summary, we take a look at Gladwell’s opinion. He states that successful people typically come from specific cultural or geographic contexts that offer unique opportunities and experiences that mold their skills and aspirations. The book also examines how culture and cultural expectations affect success and how time and good fortune play a part in obtaining it.

In this Outliers by Malcolm Gladwell summary, we dive deeper into the “10,000 Hour Rule“. One of the book’s core ideas. It contends that becoming an expert in a given profession requires 10,000 hours of effort. Gladwell demonstrates how this concept applies to their success using figures like the Beatles and Bill Gates as examples. He also emphasizes the “Matthew Effect,” which holds that success breeds success, and how these phenomena can lead to a self-fulfilling cycle of success.

A new perspective on achievement and success is offered by the exciting and thought-provoking book “Outliers.” It casts doubt on the idea that success comes just from toil and talent and provides a nuanced view of how various elements, such as cultural background, opportunities, and timing, contribute to high levels of success. Let us start with this Outliers book summary:

These players experience tremendous success and opportunities due to their slight initial advantage and the additional opportunities to practice and improve their abilities. As they keep doing well, they are more likely to be selected for top teams and will have even more chances to hone their abilities. The players born at the start of the year have a higher probability of becoming excellent hockey players, creating a self-fulfilling cycle of success.

Hockey players from Canada serve as an illustration of how the Matthew Effect can lead to significant differences in results. In a self-fulfilling cycle of success, the initial benefit of being born at the beginning of the year, along with more opportunities to train and hone skills, increases the likelihood that players born at the beginning of the year will become exceptional hockey players. Hockey is not the only sport where this phenomenon occurs; it also happens in business, education, and music.

The “10,000 Hour Rule” states that it takes approximately 10,000 hours of practice to become an expert in a specific field. This concept implies that a significant amount of time and effort is required to achieve mastery or expertise in an area, typically around 10,000 hours.

The Beatles became the successful musicians they were because they played a lot and practiced a lot. Playing live in Hamburg helped them improve their musical skills, how they looked on stage, and their confidence. It allowed them to try different kinds of music, get better at what they did, and build a solid fan base.

The Beatles had much practice, experience, and access to the best tools and guidance. They learned from some of the best musicians in their field and got to play with other great bands. This direction and feedback helped them understand and improve what they were doing.

This example of the Beatles shows how the “10,000 Hour Rule” applies to success in music and how opportunities and resources are crucial to becoming an expert. It shows how the Beatles were able to master their craft and become successful musicians thanks to their chances to perform live and improve their musical skills, as well as the help and resources they were given.

Gladwell writes about a second example. This time using Bill Gates. Gates had access to a high school computer lab where he could put in thousands of hours of programming time. This resulted from the school’s investment in a computer system, which was rare for a high school at the time. This opportunity was crucial to Gates’ success as a computer programmer and entrepreneur.

In addition to the practice and experience, Gates had access to the best resources and guidance. He was able to attend a school with a computer lab and was mentored by some of the best computer science professors in the field. This guidance and feedback helped him to improve his skills and knowledge.

Our Outliers summary continues with the premise that success is often attributed to innate intelligence and talent rather than opportunities and hard work. Gladwell believes talent and intelligence are necessary but more is needed for success. In addition, successful people generally come from specific cultural or geographic backgrounds that give them unique opportunities and experiences that mold their abilities and desires.

Malcolm takes as an example Christopher Langan, a man with a very high IQ, to demonstrate that intrinsic brilliance and talent may not always lead to success. Despite his high IQ, Langan failed to succeed. He was simply at the wrong time, at the wrong place. The author contends that Langan’s lack of opportunities and experiences, not his intelligence, held him back.

“The Trouble with Geniuses” questions the idea that success is entirely a product of hard work and innate brilliance, instead showing how cultural background, circumstances, and timing contribute to success.

The Three Lessons of Joe Flom

Our Outliers book summary continues with “The Three Lessons of Joe Flom.” Joe Flom, a distinguished lawyer and one of the founding members of Skadden, Arps, Slate, Meagher & Flom, one of the most successful law firms in history, is profiled. His parents were Jewish. Flom’s story illustrates three success lessons:

Timing, cultural background, and risk-taking can lead to success, as shown in “The Three Lessons of Joe Flom.” It also shows how hard work, natural talent, opportunities, and resources contribute to success.

The Ethnic Theory Of Plane Crashes

In Chapter 7 of Malcolm Gladwell’s book Outliers, “The Ethnic Theory of Plane Crashes,” he examines how cultural differences and communication can play a role in airplane accidents. He looks at the example of Korean Air Flight 801, which crashed in Guam in 1997.

So the captain instructed the first officer to inform them of the emergency situation and request a landing clearance. However, the first officer used mitigated speech, which caused the ground team to think there was no severe problem. The Korean pilot in Korean Air Flight 801 communicated, because of his ethnic background, in a very hierarchical manner despite being on the brink of a crash.

Still, they didn’t understand each another because of their ethnic background. If the Korean pilot had spoken up, the ground team would have noticed it was an emergency. But the Korean pilot didn’t speak up because he was told not to do so since he was little, to respect the hierarchical structure.

The chapter “Rice Paddies and Math Tests” from the book Outliers is about culture’s effect on intelligence. Malcolm Gladwell explains how culture can influence how people think and function. In this chapter, we explore the success of Japanese students in mathematics tests and the cultural influences that drove their success.

Gladwell then moves on to the subject of how culture can have an effect on intelligence. He explains how the Japanese culture focused on education and emphasized the importance of mastering mathematics. This emphasis on learning mathematics motivated the students to excel in the subject. He also explains how Japanese families focus on education, which helps the students stay focused on their studies.

Marita’s Bargain is the next chapter in our Outliers book summary. This chapter is about education and the differences between wealthy and low-income families. He also makes examples of what impact the length of vacations worldwide has.

He argues that children from lower-income backgrounds often have less access to educational resources and activities during the summer and lose more academic ground over the summer break than their more affluent peers. This is because low-income families generally have no books or other educational material at home, compared to prosperous families.

While there is a running school year, both rich and poor kids have the same education in school. Hence, they learned the same, and no one had disadvantages or advantages. However, rich kids have the advantage of being rich during a school vacation because of the educational material at home.

When we compare school vacations internationally, something is interesting. American students have a more extended summer vacation than their Asian counterparts, which leads to a loss of learning and a widening achievement gap between American and Asian students. Gladwell writes this difference in summer vacation time plays a vital role in the relatively lower academic achievement of American students compared to their Asian counterparts.

In summary, Gladwell uses the example of summer vacation time to illustrate how access to educational resources and activities can impact a student’s academic performance and contribute to the achievement gap between lower-income and higher-income students.

In the conclusion of this Outliers by Malcolm Gladwell summary, he reiterates the main idea that success is not solely a result of innate talent and intelligence but rather a combination of factors such as cultural background, opportunities, and environmental factors. Throughout the book, Malcolm uses various examples, studies, and short stories to illustrate how these factors can contribute to high levels of success in different fields.

Success is not a matter of luck or chance but rather a combination of opportunities, resources, and hard work. Therefore, it’s essential to understand and acknowledge these factors’ role in shaping success to create a more fair and just society.

And finally, the story of success is not just about individual achievement but also about the culture, family, and community surrounding the individual and shaping their opportunities. Understanding the interplay between these different factors is essential to understand success. Malcolm Gladwell questions the status quo in our world and gives us another perspective to think about. I hope you learned something from this Outliers book summary by Malcolm Gladwell. 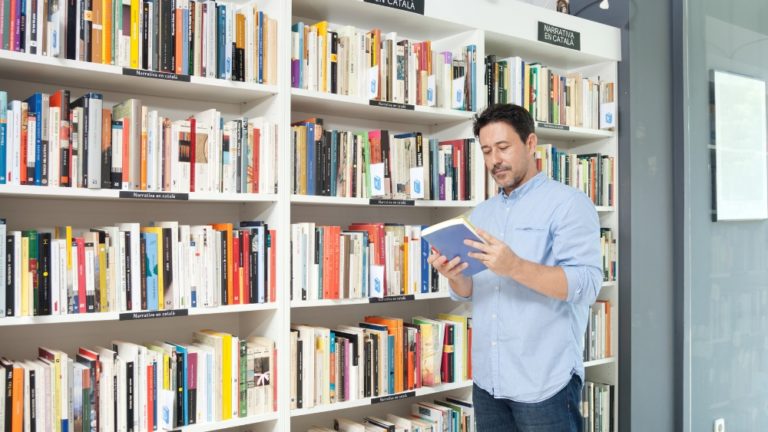 The Gift by Edith Eger is a book about a Holocaust survivor’s journey to forgiveness. This book summary will highlight the most valuable aspects of the book.

This book summary of The 7 Habits of Highly Effective People by Stephen R. Covey will help you learn the key points from the book in a matter of minutes. 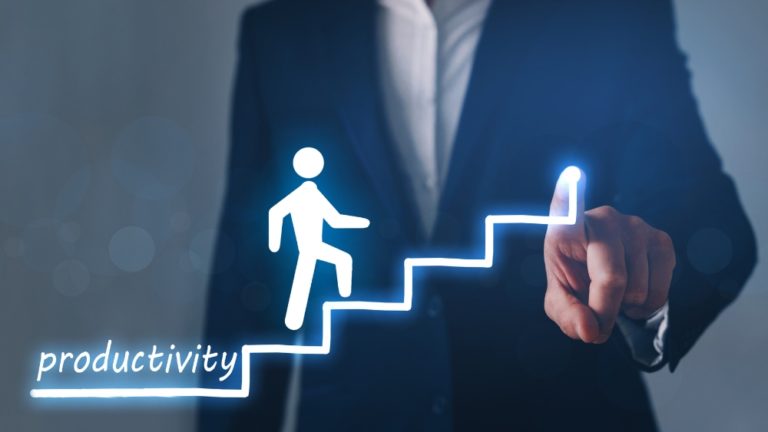 If you’re looking for the best productivity books, look no further. This list has the top 15 books to help you get more done, stay focused, and be more productive. 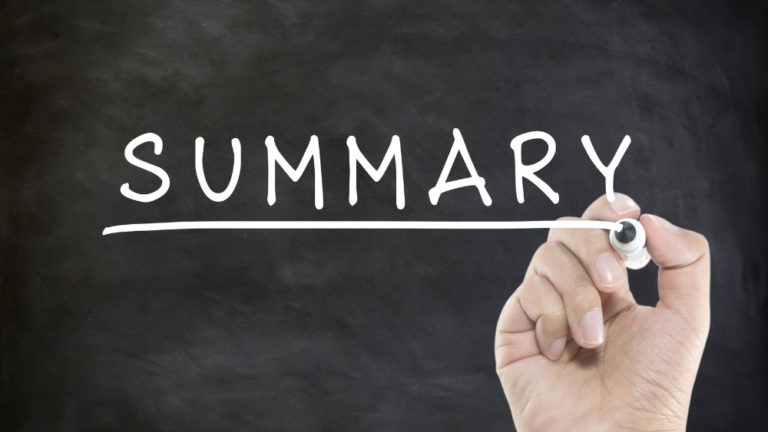 This is a summary of Quincy Jones’ book 12 Notes On Life And Creativity. In his book, Quincy Jones shares 12 Notes that have helped him throughout his life as a musician. 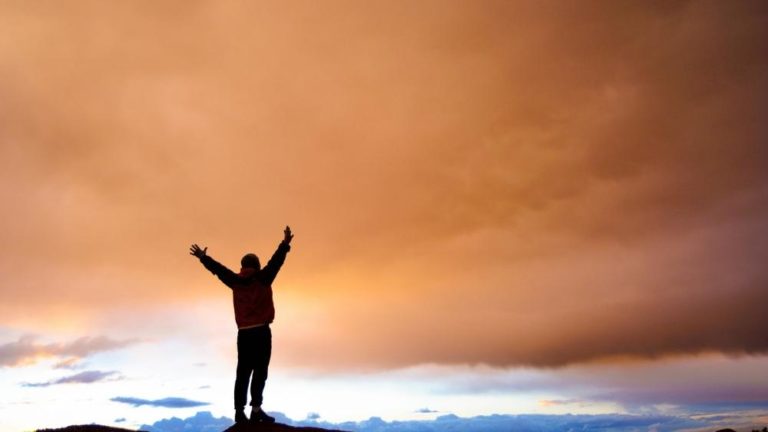 A compilation of empowering quotes by Quince Jones’s book 12 Notes on Life and Creativity to help you live a creative and fulfilling life. 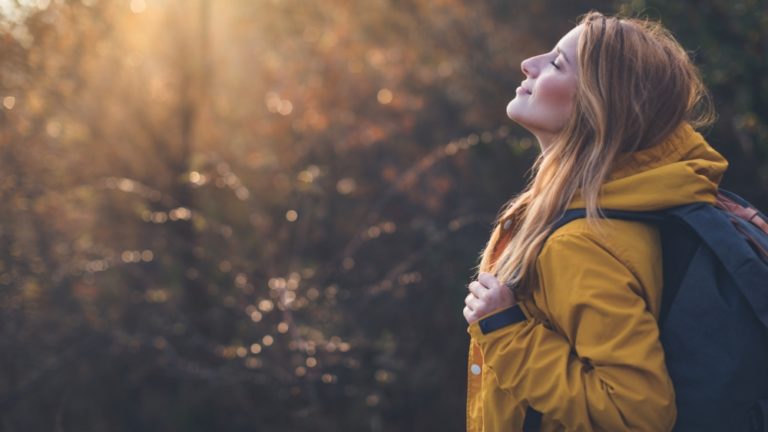 The Gift by Edith Eger is a powerful book that will inspire you to find the courage to overcome any obstacle. These 19 quotes will help you get started. 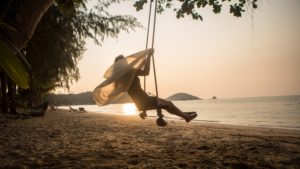